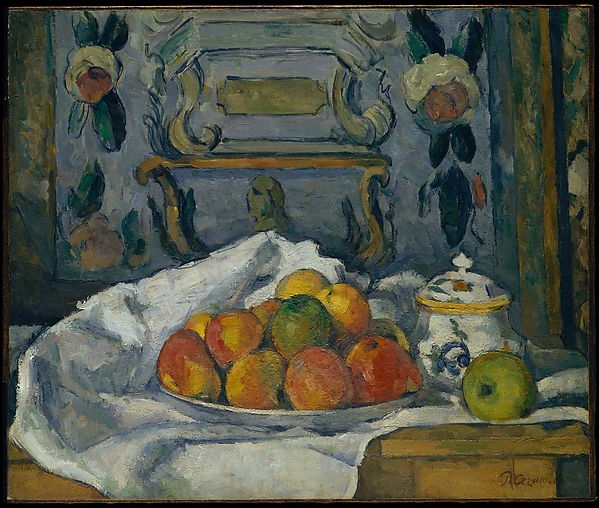 "As well as being a major poet, Baudelaire was one of the foremost art critics of his day. He held that there is no absolute and universal beauty but a different beauty for different peoples and cultures. Beauty arises from the emotions, and therefore every man has his personal beauty. Moreover, the individuality of the artist is essential to the creation of beauty and if it is suppressed or regimented, art becomes banal: 'the beautiful is always bizarre' was a favourite maxim. Baudelaire resisted the claims that art should serve social or moral purposes and was one of the leaders of the 'art for art's sake' school with Gustave Flaubert [1821-80], Théophile Gautier [1811-72], and the brothers de Goncourt. He sought to assess the stature of an artist by his ability to portray the heroism of modern life." - (Chilvers, Ian, Harold Osborne, and Dennis Farr, eds. Oxford Dictionary Of Art. Oxford, New York: Oxford University Press, 1988.)

Collaborative Skills and Cybernetics - Cybernetics incorporates a closed signaling loop . . . . It is a transdisciplinary approach for exploring regulatory systems, their structures, constraints, and possibilities. . . . . It is relevant to the study of systems, such as mechanical, physical, biological, cognitive, and social systems. Cybernetics is applicable when a system being analyzed incorporates a closed signaling loop; that is, where action by the system generates some change in its environment and that change is reflected in that system in some manner (feedback) that triggers a system change, originally referred to as a "circular causal" relationship . . . . Fields of study which have influenced or been influenced by cybernetics include game theory, system theory (a mathematical counterpart to cybernetics), perceptual control theory, sociology, psychology (especially neuropsychology, behavioral psychology, cognitive psychology), philosophy, architecture, and organizational theory . . . . The word cybernetics was first used in the context of "the study of self-governance" by Plato in 'The Alcibiades' to signify the governance of people." (Johnson, Barnabas. "The Cybernetics of Society". Retrieved 8 January 2012) - (Wikipedia)

Suspended Abstract Space - "The spiraling, infinite, self-repeating imagery of fractal coastlines, islands, foliage, and branches locate the viewer in a suspended, abstract space. My work uses the visual language of drawing and painting to expand on the semiotic similarities between maps and fractals." (The work of Shona Macdonald)

'One More Thing' - "In the 1980s, when graffiti's crossover from dingy streets to white cubes was as exhilarating and dangerous as skirting the third rail, Barry McGee --the San Francisco-based bomber known as Twist --was just beginning to make his mark. Having spent so much time outside the box, McGee has more recently been bringing the streets inside." (SRP) . . . . "Fusing together found and invented imagery, tags and assorted objects Barry McGee draws on a range of influences including the Mexican muralists, tramp art, the graffiti artists of the 70's and 80's and the San Francisco Beat poets to create a unique visual language. . . . His work was featured in a solo exhibition at the Walker Art Center in Minneapolis, at Brandeis University's Rose Art Museum in Waltham, Massachusetts and is currently included in the traveling exhibition Beautiful Losers." - (Barry McGee Selected Works at Deitch Projects At 18 Wooster St., NYC)

NOTES "Modern art includes artistic work produced during the period extending roughly from the 1860s to . . . . Modern artists experiment(ed) with new ways of seeing and with fresh ideas about the nature of materials and functions of art . . . . " - (Wikipedia)

"Modern history, also referred to as the modern period or the modern era, is the historiographical approach to the timeframe after the post-classical era (known as the Middle Ages).(Intrinsic to the English language, "modern" denotes (in reference to history) a period that is opposed to either ancient or medieval . . . . modern history comprising the history of the world since the close of the Middle Ages." - The Century Dictionary and Cyclopedia, Page 3814

"Modern history can be further broken down into the early modern period, beginning with the Renaissance, and the late modern period after the French Revolution and the Industrial Revolution. Contemporary history is the span of historic events that are immediately relevant to the present time. The modern era began approximately in the 16th century."[Dunan, Marcel. Larousse Encyclopedia of Modern History, From 1500 to the Present Day. New York: Harper & Row, 1964.] - [Modern. The American Heritage Dictionary of the English Language: Fourth Edition. 2000]

Some question whether Modern History is simply a continuation of what was considered a rebellious Romantic Period in Western Cultural History, a period during which the standards and modes of the 'Neo-Classical' were tossed aside in respect to nature, 'storms at sea', cultural revolutionary forces, and new scientific discoveries ranging from the archaeological, the psychological to technological advances opening up windows into the universe.

- - - - - - - - - -
Modernism/modernity - Concentrating on the period extending roughly from 1860 to the mid-twentieth century, (the journal) focuses on the methodological, archival, and theoretical approaches particular to modernist studies. It encourages an interdisciplinary approach linking music, architecture, the visual arts, literature, and social and intellectual history. - (Project Muse on the journal,'Modernism/modernity')