Cézanne & Pissarro - "They met in Paris in 1861 and developed a personal and professional relationship that lasted almost a quarter of a century . . . ." (MOMA, NYC)

Van Gogh / Gauguin - "Van Gogh came up with the idea of traveling to sunny southern France in February 1888. He hoped to find landscapes that would resemble his favorite Japanese prints. He planned to found an artists' colony in Arles, the Studio of the South, which would revitalize French art. Underrated artists, such as himself, Bernard and Gauguin, were to combine forces and form an association. Since Theo was an art dealer, he would promote their interests in Paris . . . . Vincent van Gogh and Paul Gauguin's meeting in Paris marked the beginning of one of the most talked about artistic friendships in the history of art. It was a relationship in which hope and disappointment, camaraderie and rivalry, admiration and jealousy constantly alternated, and which captivate both artists emotionally and artistically until their death." (Organized by The Art Institute of Chicago and the Van Gogh Museum, Amsterdam)

QUOTES: "It is a widely accepted notion among painters that it does not matter what one paints as long as it is well painted. This is the essence of academicism. There is no such thing as good painting about nothing." - Mark Rothko (NGA)

"There is a sophisticated tension between bravado expression and a tender, though not timid, restraint. Indeed, as the works in the show progress chronologically--from the mid-sixties to the early 1980s--they appear to grow in intensity. The point is implied that maturity--spiritual maturity--demands an augmented capacity to juggle and reconcile increasing degrees of complexity, a matter that is, at least in part, a by-product of time." - Andy Brumer In regard to the work of Sam Francis, ArtScene, the Guide to Art Galleries and Museums in Southern California (Search the Images and Articles).

The Work Featured Here: ABOVE: ”Through his pursuit of a deeply original pictorial language, Rothko maintained a commitment to profound content. Although he rarely specified a precise interpretation for these works, he believed in their potential for metaphysical or symbolic meaning. In a lecture at the Pratt Institute, Rothko told the audience that 'small pictures since the Renaissance are like novels; large pictures are like dramas in which one participates in a direct way.'" - The work here is 'Untitled', 1953 - National Gallery of Art, Gift of The Mark Rothko Foundation, Inc. . . . . . BELOW: Howard Hodgkin’s - ’Untitled’ by Laura Owens “in collaboration with The Fabric Workshop and Museum (FWM), Owens created seven identical large-scale prints on Indian tussah silk, with cotton floss embroidery. When the initial printing and embroidery was completed, Owens made additions to each individual piece, creating seven variants. Considered as a whole, the seven variants depict a tree, and through it, the passage of time—leaves fall, flowers bloom and wilt, worms crawl, spiders spin webs and clouds pass. According to curator Paul Schimmel, “[Owens] has an uncanny ability to combine a highly personal iconography with a profound understanding of the history of art.” (The Fabric Workshop and Museum) — View of ‘Wheatfield with Crows’ by Vincent Van Gogh - Gustave Courbet’s ‘Marine: The Water Spout’ (“This dramatic phenomenon, a tornado at sea, occurs when temperature differences in the air create a whirling spiral of wind and water.” - (HEilbrunn, Timelines of Art History - Metropolitan Museum of Art, NYC) - Toyin Ojih Odutola — (left) Paul Cézanne, Landscape, Auvers-sur-Oise, c. 1874, oil on canvas, 18 1/2 x 20 inches, (Philadelphia Museum of Art) | (right) Camille Pissarro, The Climbing Path, l'Hermitage, Pontoise, 1875, oil on canvas, 21 1/8 x 25 3/4 inches (Brooklyn Museum of Art, New York) from ‘Justice to Pissarro’ at http://www.painters-table.com/blog/justice-pissarro — Mickalene Thomas — - Masaccio. Chapelle Brancacci, Saint Pierre distribuant l'aumône et la Mort d'Ananie (1426-27). Fresque, 230 × 162 cm, Cappella Brancacci, Santa Maria del Carmine, Florence. Read more at http://www.rivagedeboheme.fr/pages/arts/peinture-15-16e-siecles/masaccio.html#XlBZ2GRjC8c5RyoM.99 — ’El Jaleo’ by John Singer Sargent, the Gardner Museum, Boston, MA — Issa Halloum: https://www.facebook.com/issa.halloum.73?fref=ts - ‘Sultan Ibrahim Adil Shah II Khan -Hawking’ from ‘Sultans of Deccan India’ - ‘Supper at Emmaus’ by Tiziano Vecelli or Tiziano Vecellio, known in English as Titian (Musée du Louvre, Paris) — ‘St. Francis Giving his Mantle to a Poor Man’, 1297-1299 by Giotto - Matt Connors Hocket's 'Yet to be Titled' (2017) /Users/hollylarner/Documents/MT.jpg - [Mark Rothko - National Gallery of Art, Washington, DC]. 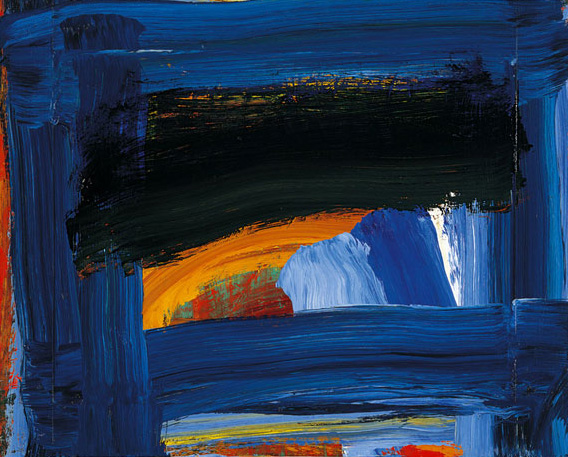 Click on the images provided here to discover valuable visual art resources on the web.